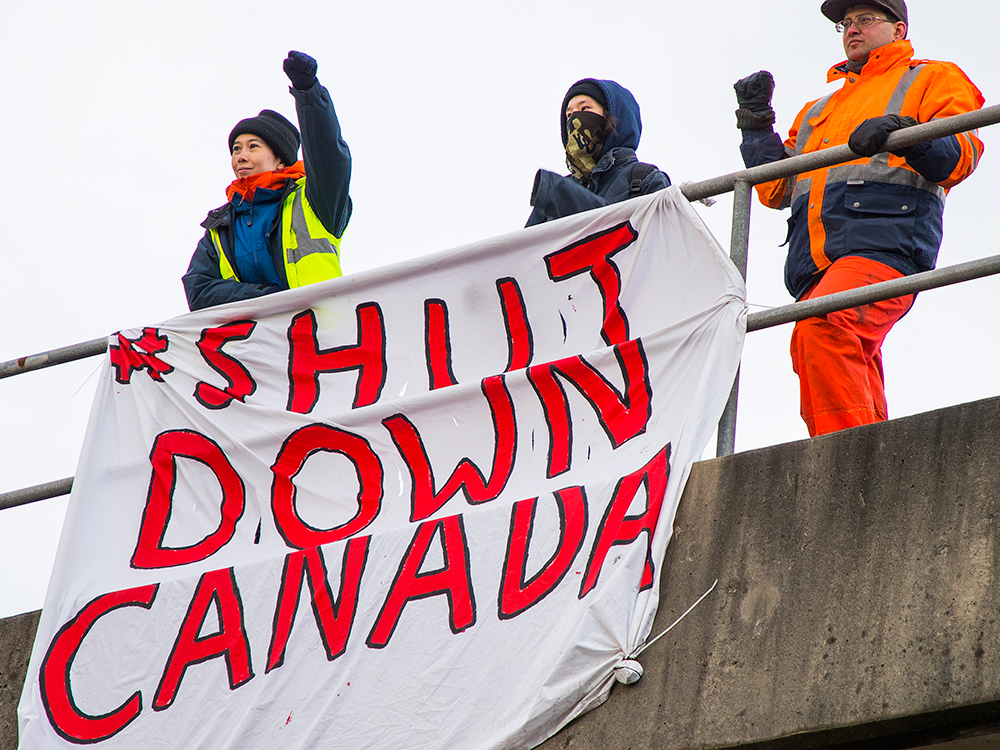 While politicians refuse to act for fear of losing a few votes, small groups of radical, privileged and dishonest idealogues are attempting to derail Canadian society.

These groups have hijacked our charitable dispositions, successfully stifled our freedom of speech through coercive political correctness, distorted our education, rewritten our history, abused freedom of assembly, caused financial harm and grave disruptions to our economy, while seeking to impoverish and lower the standards of all Canadians regardless of their ancestry. They seek to prevent the Indigenous peoples from sharing in the fruits of a modern society while enshrining their dependence onto a welfare state.

As an elected representative, it is my duty to speak out and defend our nation from such upheaval. Regardless of the political consequences, I will always challenge attempts at forcing Canadians to conform to this duplicitous ideology and insincere narrative.

Neither I, any of my ancestors, nor the vast majority of my fellow Canadians have oppressed the Indigenous peoples of Canada. My ancestors and the history of Canada demonstrates beyond any doubt that consensus, not conquest, was the relationship between the European settlers and the native Canadians. Just as new Canadians arriving today, the first European settlers came here to flee injustice, religious persecution, and poverty in their own countries; and through these struggles, mistakes, and corrections, we have this great nation. We are all Canadians and no one deserves a pejorative label regardless if they have been here two days or two hundred years.

I have great admiration for the early settlers and pioneers who came to Canada, and to use the term colonizer or settler in the pejorative is a discredit to their achievements. That many in these groups are comfortable texting on a cell phone in a National or Provincial Park and enjoy the comforts of driving on a paved road to a heated and air conditioned home, while counting a retirement pension or planning a Carribean holiday, is the height of hypocrisy and lack of self-awareness.

Should one want to use the term settler to describe themselves, they should first move to the uninhabited hinterlands and produce their own dwellings and sustenance without modern technologies.

Whatever our imperfections, regardless of our errors, Canada is a first rate country with first rate people who strive and endeavor to find solutions, remedies and just outcomes for all; and we do this not through coercive mobs, violence or destruction, but through sincere, honest, and forthright conversations based on facts.

Canadians must not only move forward, but also cease this never ending conflict and dispute. The dishonest, duplicitous and destructive narrative that is being propagated must be exposed for the falsehood that it is and the harm that it creates.

To achieve this we must:

Call on our elected representatives to direct our law enforcement agencies to immediately enforce the lawful direction of our courts and uphold the rule of law.

End the gross distortion of our historical record within our education curriculums and replace it with factual accounts.

Always be free to express and voice our views, or to use the written word to challenge the falsehoods others may attempt to propagate.

Demand and expect that a timely resolution be negotiated with the native peoples whose ancestors did not negotiate Treaties.

Recognize Treaties not as an ever alterable and changing document subject to amendment by every subsequent generation, but as inviolable principles that are timeless and ever lasting.

But first, we must put an end to the Indian Act and not allow legislation that impedes any Canadian from owning their own land, gaining an education, finding prosperity and becoming fully productive and contributing members of the community.