Subprime Policies from a Subprime Premier 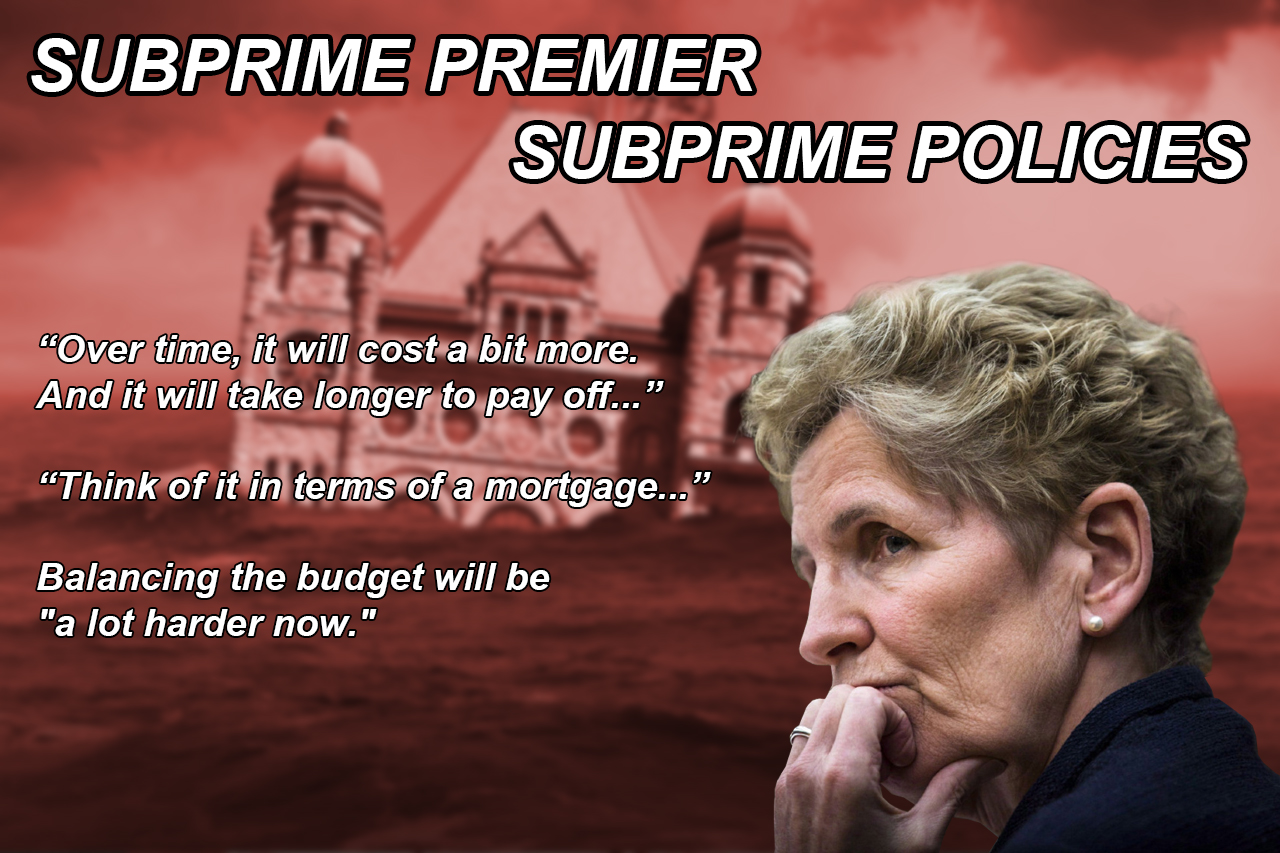 Subprime Policies from a Subprime Premier

“The Kingston Generating Station, which employs 18 people and produces electricity for a low rate of 5.9 cents per kwh, is being forced to close while new facilities are being built just down the road in Bath and Amherst Island that will produce for 20 cents a kwh,” exclaimed Hillier. “The Premier can claim all she wants that they are doing what they can to reduce hydro costs, but the fact of the matter is they continue to build expensive and unneeded generating stations will closing down low cost stations that already exist.”

The latest announcement from the Liberal government promises a 25 percent cut off the average residential hydro bill, which will come from a subprime “remortgaging” deal that will extend costs years beyond the life cycle of these assets.

“The Premier has said publicly that this plan is going to cost the people of Ontario more, and take longer to pay off,” explained Hillier. “The government is doing nothing to prevent expected future cost increases, and is now not only dumping the costs of their reckless policies on to future generations; they are continuing to perpetuate cost increases by signing more expensive contracts.”

A full recording of MPP Hillier’s question to the government can be found here.