An Open Letter regarding flooding in Tay Valley Township

Re: An Open Letter regarding flooding in Tay Valley Township

We are writing because it is our belief that Parks Canada’s actions are responsible for causing floodwaters in Tay Valley, along the Tay River---and particularly on the shores of Christie Lake---to have been higher than would have been the case, had an alternate approach been taken by Parks Canada.

We understand that Parks Canada has a policy that requires that the maintenance of water levels, throughout the navigation season, that are sufficiently high to permit navigation. This appears to have caused Parks Canada to allow water levels to rise higher than would otherwise have been the case, behind the dam at Bob’s Lake in the later months of winter 2017 and in the early spring. The consequence was that when the watershed was unexpectedly hit with additional rains in April and May, the waters behind the dam rose so rapidly that they overtopped the dam, spilling over and causing flooding downstream. We have no comment on whatever merits the policy of maintaining high water levels in the late winter and early spring may have, from the point of view of assisting navigation. But we do observe that this policy makes Parks Canada legally responsible for the damage that has resulted downstream, both to private and public property.

There is no doubt in our minds that the recent flooding in Tay Valley Township along Christie Lake and the Tay River was the direct result of the decision made by Parks Canada to ensure the navigability of the Rideau Canal for tourism. This policy decision was taken without regard for the danger of springtime flooding in the event of heavy rains. Moreover, once flooding became inevitable, no advance notification was given to property owners downstream. The first action caused damage that could otherwise have been avoided, and the second action resulted in this damage being worse than it would have been, if residents had been aware of the need to prepare.

Tay Valley Township is currently appealing to Ontario for Disaster Relief Program assistance for their residents, as well as for expenses incurred for damaged municipal roads and bridges. However, it is clear to all involved that these damages were the direct result of actions and decisions of Parks Canada, and we therefore ask that Parks Canada undertake to remedy and compensate on the deficiencies and damages that resulted from both your decisions, and negligence to notify people so that they might take precautions to mitigate damages to their property.

We look forward to your timely reply. 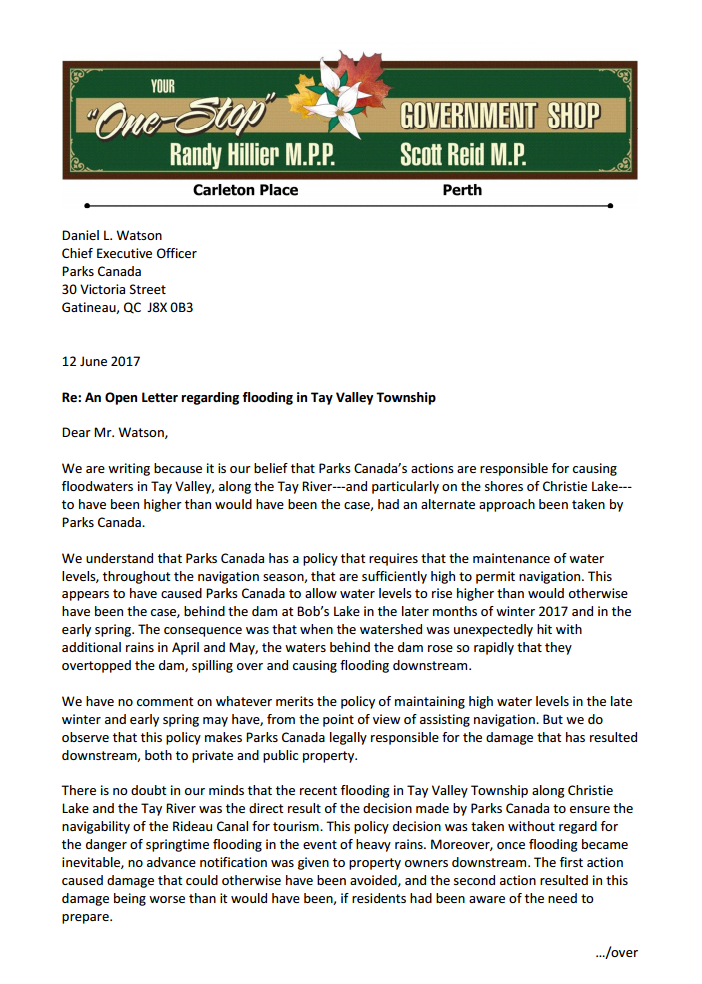 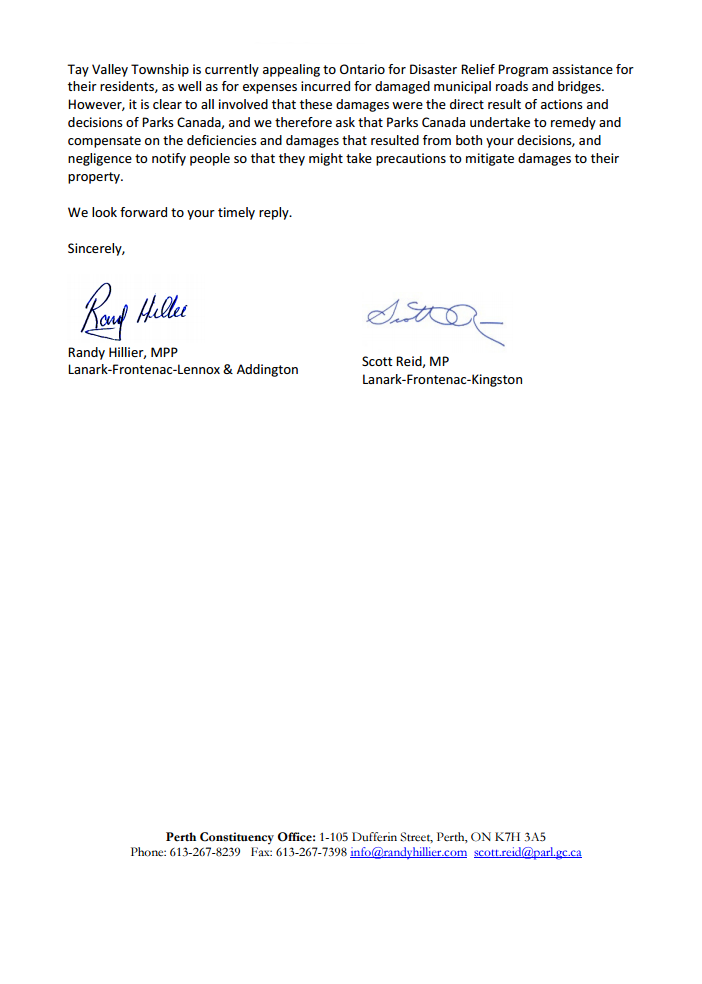