Perth Courier: Why is Sir Robert Borden hanging at the Perth legion?

Lanark-Frontenac-Kingston MPP Randy Hillier presented a portrait of Canada’s eighth prime minister, who served from 1911 to 1920, to the legion on Friday, Nov. 15, which has been hung near the First World War section inside the the Hall of Remembrance at the legion. 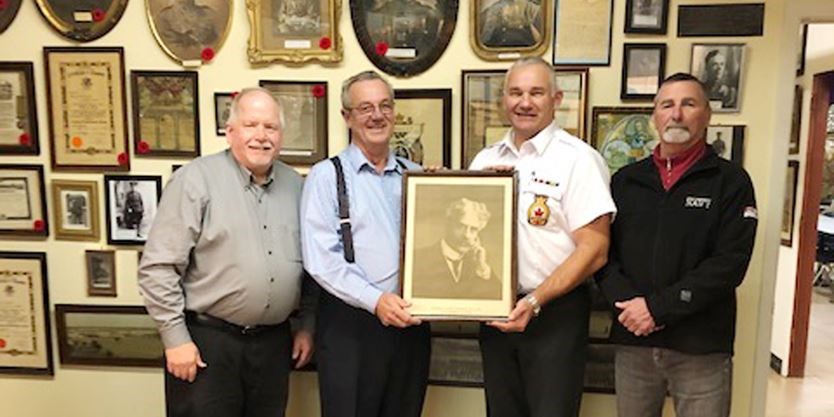 At first, “the portrait was thought to have been signed by Sir Borden, but it has turned out that it is a portrait/signature print distributed by the Hough Litho Co. Ltd., from Toronto,” wrote Stacey Niceliu, of the legion branch, during an email exchange, on Tuesday, Dec. 3. “Nevertheless, it is still an old portrait of a famous Canadian, and will adorn our First World War room at the museum.”

Just who was Sir Robert Borden?

Occupations: Teacher at private academies in Nova Scotia and New Jersey. Then became a lawyer in Halifax, being called to the bar in 1878. By 1890, he was the head of a prestigious firm in Halifax. He was first elected to the House of Commons in 1896. After leaving office in 1920, he went into business, and served as the chancellor of Queen’s University, Kingston, from 1924 to 1930.

• Canada signs the Treaty of Versailles (1919), having won the right to sit as its own country at the peace conference after the war, achieving Dominion status.

• Suppression of the Winnipeg General Strike (1919).